Did Ellen White believe that Jesus is not the LORD God?
A case Against E.G.W. 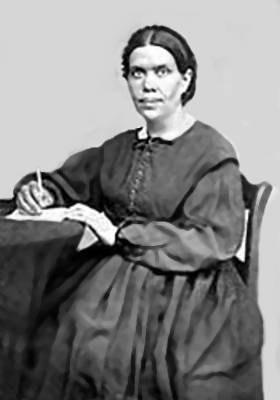 From Ellen White's Letters and Writings

Well, yes she did!

"But although Christ's glory was for a time veiled and eclipsed by His assuming humanity, yet He did not cease to be God when He became man...The man Christ Jesus was not the Lord God Almighty, yet Christ and the Father are one."

Now let us look at what Scripture says about Jesus Christ:

7 Behold,  he is coming with the clouds, and every eye will see him, even those who pierced him, and all tribes of the earth will wail on account of him. Even so. Amen.
8 “I am the Alpha and the Omega,” says the Lord God,  “who is and who was and who is to come, the Almighty.”  (Rev.1:7,8 ESV)

It is very clear, from the above text that Jesus is the Lord God...the Almighty.  False prophets have no qualms about contradicting Scripture.  The one who contradicts Scripture is not of God.  (1 John 4:1-6  Read this passage carefully!)

3 Therefore I want you to understand that no one speaking in the Spirit of God ever says “Jesus is accursed!” and  no one can say “Jesus is Lord (Jehovah--LORD God)” except in the Holy Spirit.  (1Cor.12:3)

9 because, if you confess with your mouth that Jesus is Lord (Jehovah--LORD God) and believe in your heart o that God raised him from the dead, you will be saved. (Rom.10:9)

‘To me every knee shall bow,
every tongue shall swear allegiance.'

Therefore God has highly exalted him and bestowed on him a the name that is above every name,  so that at the name of Jesus every knee should bow,  in heaven and on earth and under the earth,  and every tongue confess that Jesus Christ is Lord, to the glory of God the Father.

So who did E.G.W. believe Jesus was in fact?

From her writings in Desire of the Ages, she says:

"The words of the angel, 'I am Gabriel, that stand in the presence of God', show that he holds a position of high honor in the heavenly courts. When he came with a message to Daniel, he said, 'There is none that holdeth with me in these things, but Michael (Christ) your prince'." (Dan. 10:21) (THE DESIRE OF AGES, p99.)

And from her writings in Spiritual Gifts. she says:

"Michael, or Christ, with the angels that buried Moses, came down from Heaven, after he had remained in the grave a short time, and resurrected him, and took him to Heaven."

"As Christ and his angels drew nigh, Satan resisted their approach, but was compelled, by the glory and power of Christ and his angels to fall back. Satan claimed the body of Moses, because of his one transgression; but Christ meekly referred him to his Father, saying, "The Lord rebuke thee." " (SPIRITUAL GIFTS, Vol 4, Pg. 58)

From these quotes it becomes increasingly clear that Ellen G. White believed that Jesus was really the angel Michael.    From the last quote, it appears that she is also confirming again that she does not believe that Jesus is the Lord, by saying, "Christ meekly referred him to his Father, saying, "The Lord rebuke thee."  She does not see Christ as the Lord.  She sees the Father as Lord, but not Jesus!